I arrived at Hospital Fun 2 (my second hospital) around 10:30 a.m. the next day after a totally sleepless night. I hoped that at least this hospital would be bigger and better because it was the trauma center for most of the interior of the Province of British Columbia (a huge area). At least part of that hope was true.

I was processed into the waiting room of my "new" hospital in 5 minutes and then waited there for about 3 hours to get admitted into emergency! The other hospital had told them I was coming and had forwarded x-rays and other info, but apparently that didn't matter! About 7:30 PM, the orthopedic surgeon arrived, called for more x-rays and after looking at them, declared the stabilizing cast I got in Merritt was crap, removed it, slapped another cast on and left!

Incidentally, while huffing and puffing and straining for tension on the ankle as he was putting the new cast on, he also commented on my high pain threshold and asked if I want a sedative. I told him "No, it's a Harley thing. We're not allowed to show pain! Just do it." (I might have said, "Now listen here pilgrim", when I started my diatribe but I'm not sure. I was really getting into the role now!)

Now I don't know why I wasn't in agony with this injury but at least I was impressing some people! Maybe I have bad nerves, a dull brain, a high pain threshold or any combination of these things. Or maybe I was just lucky. Anyway, just give me a leather strap to chew on or a bullet to bite and I'm good to go!

After that was over and the cast set, I was given a turkey sandwich for dinner and was left in Hospital Fun 2 for the night.

(By the way, if I say Hospital Number 2 a lot it's because the Search engines like it, not because it sounds so good.)

I tried to get some sleep, which in emergency is like trying to nap during a long parliamentary session where our honorable representatives keep hammering on their desks with their shoes to keep everybody awake! Tired as I was, sleep was fleeting.

The next afternoon I was moved to the operating floor of Hospital Fun 2. That gave me hope that I was that much closer to getting the ankle fixed and getting out of there. Soon though, I discovered that I was going to have to spend another night there as no operating time had opened up. "Oh well", I thought, "at least I'll get some quiet for a change." Wrong!

It turned out that in the room next to mine in Hospital Fun 2 was a person suffering from Down Syndrome who kept yelling at the top of her voice things like, "Hurt! Hurt! Stop! Stop! Please! Please!" She did "peter out" for an hour or two in the middle of the night however, so that was my sleep time.

The next day (Saturday, if you're trying to keep tabs on things) the cardiology department decided that my pulse rate was too high. (I have "A Fib" for those in the know.) So they gave me drugs to slow my heart rate down and they worked well, but I didn't get called down to the operating room, so at 9:30 PM I got 2 turkey sandwiches and a piece of cheese for dinner. (When you are "on call" for the operating room, you can't eat after midnight until they either take you down for your operation or shut down for the night. Therefore, I was starving and managed to eat it all.)

Sunday, same routine except that I was given a real (leftover) meal. The only problem was that it was a diabetic/cardiac meal and tasted like the flour glue we used to make in grade school! I don't think there was any meat, just tomatoes, potatoes and rice in some kind of fake meatloaf and carrots and beans. Hungry as I was, I couldn't eat it all. The small cup of yogurt was a nice touch for desert however.

Monday, an extra operating room opened up in Hospital Fun 2 but still I didn't get the call. I got a roast beef sandwich, a turkey sandwich, a piece of cheese and TWO yogurts however.

By the way, in case you are not up on hospital procedures, when you are admitted to an emergency ward and lined up for an operation, they instantly stick an IV drip in one of your arms and it's there for the duration of your stay. That keeps you hydrated and makes it easy for them to administer any drug they may need to give you. It also means that you then have to go to the bathroom every 2 or 3 hours and because I couldn't walk on one leg, I had to use a walker. That meant that several times a day I would "hop, drag, hop, drag, hop, drag" myself to the washroom. Then, just for good measure, they'd measure your vital signs about 4 times a day so long periods of sleep are impossible even if there is a quiet time.

Tuesday, I actually made it to the operating room of Hospital Fun 2 around noon! (It was a big rush.) I was on the OR table for about 3 1/2 minutes when the anesthesiologist declared that my pulse was too high! (Duh!) They've known this for days and now they're surprised?

Anyway, he suggested that I go back to my room, take some drugs and then return. So, I was transported back to my room in Hospital Number 2 and the nurse gave me the drug. An hour later she came back and checked my pulse and sure enough, I was "good to go". However, nothing happened! An hour later, the nurse came back and informed me that she had just told the OR that I was ready. I said, "Just now you informed them?" She said, "Well, yeah but the doctor that prescribed the drugs is coming up to see you at 4:15 and she'll take it from there." (It was now 3:45.) She showed up at 6:15 and checked my pulse and declared it to be too high! I explained that the high pulse could be because I'm a tad unhappy at how things have played out and "How do I check myself out?" (I'd lost confidence in Hospital Fun 2.)

My pal John picked me up later that evening and took me back to his place in Merritt where my truck and trailer were waiting. He and his wife Pat fed me my first real meal in days and I set out for Hospital Number 3 (about 4 hours driving time away in the lower mainland) where I hoped my chances for an operation would be better.

This was where I first heard the "You're not going to drive are you?" refrain. Many of my friends said that to me when I told them I was going to transfer myself in the truck and trailer to various locations. I said, "Yes." (My foot didn't hurt. I have a high tolerance for pain. I hadn't been given any pain killers or sedatives. There are only 2 pedals to contend with and I'd been working them both with one foot successfully for years, so I was sure I could do it!)

Anyway, I made the lower mainland by 4:00 am even after I stopped for gas!

I parked the trailer near Hospital Number 3 and my friend Barb picked me up and transported me to their emergency room.

If you'd like to see how that turned out, then click above to go to Hospital Fun 3.

Have A Hospital Story To Tell?

Do you have a hospital story you can tell us about? If so, here's the place to do it.

(This will take you back to the previous page of Hospital Fun.) 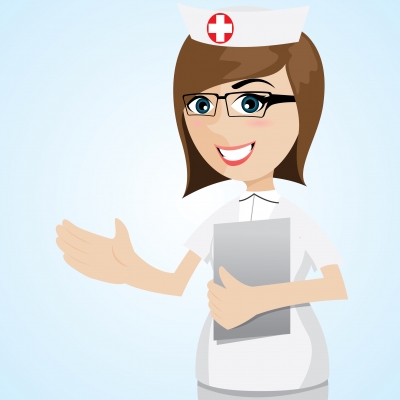 Check out the Funny Medicine page for some funny medical definitions. (It's kind of related to this hospital theme.)