The HST Song evolved one day when I was amusing myself with my guitar, playing and singing some old rock and roll songs. (I pretty much only entertain myself when I do this, and if you listen to the song, you'll know why!)

Anyway, in Canada these days, many Provincial governments have opted for a Harmonized Sales Tax (called the HST for short). In British Columbia (where I live) there is a huge "grassroots" movement to force the government to repeal the tax. The people have forced the government through a large petition to review the tax in a government committee. Next, they're threatening to recall certain members of the government if they don't act on removing the tax. (That could upset the balance of power in the legislature.)

While mulling this over and singing my heart out, I came across The Kingston Trio's old hit called The MTA Song. It was a funny spoof about a tax grab in Boston in the form of a fare increase on their subway system (the Metropolitan Transit Authority). It seems a man named Charlie got on the system but couldn't afford to get off! As a result, he was "The man who never returned". A little ludicrous, but it made a humorous point about being overtaxed and so I immediately saw a similarity to our situation and decided to rewrite the song with a Canadian slant.

This song goes out to the Canada tax software companies and the Canada Revenue Agency who, after all, are acting in the best interests of the Canadian tax payer [sic].

This is the result.

A local radio station (CKNW - the largest in the Vancouver market) picked up on the HST song right away. Click below to hear what Jon McComb (the radio personality) had to say about it:

Comments On The HST Or The Song?

If you have some thoughts about the song or the HST tell us here and I'LL PUT THEM ON YOUR OWN PAGE!

It will only take a few minutes and others will be able to add their comments to yours.

Or, you can go to other people's comments and add to theirs.

Your Thoughts On The HST Or The HST Song

What Others Have Said About The HST Song and the HST.

HST Song - "Great Song" Not rated yet
The government loves to tax and we the peons must pay. With a song we can lessen the burden.

Songs (Other Than The HST Song)

Watch and listen to the NHL Fan Song about the NHL lockout. It's based on the old Stealers Wheel song - "Stuck In The Middle With You". 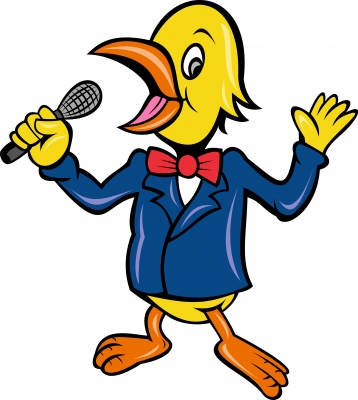 Hear Emma the dog sing the Canucks Song. (Probably only interesting if you're an NHL fan.)

Click above to see this song about the 2012 NHL lockout.