Funny songs are songs that I've recorded over the last few years that poke fun at various things. The quality of singing and guitar playing may not be Grammy material, but the words might make you chuckle and that's why I did them.

One of the first funny songs I did was actually played on the radio locally, a couple of times because it dealt with a political hot potato called the HST. That was a tax that our provincial government said they weren't going to impose on us and then 1 month after being re-elected, they brought it in! It was easy to sing about it under the old Kingston Trio tune called The MTA. It's the second one down.

The first song is "Hello Virus" because that's the latest topic to catch my attention. (This is a perfect example of what can happen when you isolate yourself and follow "social distancing" rules!)

My other funny songs are about professional sports (namely hockey because I live in the 'frozen north') and politics. What better topics to write and sing goofy songs about than politics, politicians and sports millionaires? So, here they are.

I hope you get a 'yuk' out of them. I did while I was working on them and still listen to them once in a while just for a smile. I'll put the most recent ones on top.
Enjoy!

This is a political jibe about a tax that our newly-elected provincial government sprang on us right after they were elected. (Of course, during the election they swore that they wouldn't implement it!) And what better song to base it on than 'The MTA' which was about a fare increase that the city government imposed on Boston subway riders. They enacted it so suddenly that one of their riders (Charlie) didn't have the extra money to pay and ended up riding the rails forever!

Enough Funny Songs - Take Me To The Singalong Songs!

If you want more "funny" songs, then continue on down the page, but if you're into old rock and roll songs and want to sing along, then click here.

With both the U.S. and Canada in the midst of long national political campaigns, suddenly everybody (in both countries) started talking about Donald Trump. The Donald was getting lots of press coverage and I couldn't resist comparing him to Charlie Brown (the one The Coasters sang about in 1959). Everything he said was controversial and yet I imagined him thinking to himself, "Why is everybody always pickin' on me?" (a line from the song). Have a listen.

OK, so I watch the Blue Jays even though they're in Toronto and I live here on the west coast. After all, they're Canada's baseball team!

Anyway, after a dismal 2013 season and a disappointing 2014 season where they went up to first place and then back to mid-pack, I decided to immortalize their effort with a little song based on the old Don Gibson song "Blue, Blue Day". It's short, so give it a listen by clicking below.

I call this song "Gary, The Brown-Nosed Lawyer". It's a rub against the President of the NHL whom we all love to hate and is based on Gene Autry's song about Rudolph of course.

NHL Fan Song (They Deserve To Have One On The Funny Songs Page!)

This is a spoof of the NHL lockout in 2012 based on the Stealers Wheel song 'Stuck In The Middle With You'. It mocks the millionaire players and billionaire owners and their inability to divide up the $3 billion that the league would have earned in that season. (They've earned a song on the funny songs list as a result.) 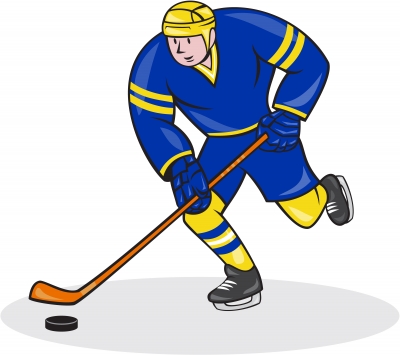 This was done just to urge my local team on (the Vancouver Canucks). They were one of the favorites to get to the finals in 2012 (but lost in the first round)! I did it with the help of Funny Dog Emma and it was based on the old rock and roll song 'Queen Of The Hop'.