These punny puns were sent to me a while ago and I decided finally to do a page strictly on puns. This is a result of that decision. (I will add a pun occasionally, but there aren't that many new ones.)

Usually a pun has it's basis in a well known saying or phrase and has a "story-like" lead-in to the pun itself. The ones on this page however, are here simply because I liked them (although they so seem to follow the definition).

Puns are also known as "groaners" to many because so many of them elicit a "groan" from the reader because they are so lame. Some of them however are quite clever, even if they elicit a groan.

These first 16 punny puns are supposed to be for "the educated" among us but that doesn't mean they're not "groaners" as well. I hope you like them anyway.

Here's A New One!

A local farmer switched crops this year to grow marijuana, now that it's legal. However, a flock of Terns landed in his newly planted fields and ate up all the plants! The birds were OK, but there was no Tern left unstoned!

Here Are The Others:

1. King Ozymandias of Assyria was running low on cash after years of war with the Hittites. His last great possession was the Star of the Euphrates, the most valuable diamond in the ancient world. Desperate, he went to Croesus, the pawnbroker, to ask for a loan.

"But I paid a million dinars for it," the King protested. "Don't you know who I am? I am the king!"

Croesus replied, "When you wish to pawn a Star, makes no difference who you are."

2. Evidence has been found that William Tell and his family were avid bowlers. Unfortunately, all the Swiss league records were destroyed in a fire...and so we'll never know for whom the Tells bowled.

3. A man rushed into a busy doctor's office and shouted, "Doctor! I think I'm shrinking!" The doctor calmly responded, "Now, settle down. You'll just have to be a little patient."

4. A marine biologist developed a race of genetically engineered dolphins that could live forever if they were fed a steady diet of seagulls. One day, his supply of the birds ran out so he had to go out and trap some more. On the way back, he spied two lions asleep on the road. Afraid to wake them, he gingerly stepped over them. Immediately, he was arrested and charged with-- transporting gulls across sedate lions for immortal porpoises.

5. Back in the 1800's the Tate's Watch Company of Massachusetts wanted to produce other products, and since they already made the cases for watches, they used them to produce compasses. The new compasses were so bad that people often ended up in Canada or Mexico rather than California. This, of course, is the origin of the expression--"He who has a Tate's is lost!"

(Have you had enough punny puns or can you stand some more?)

6. A thief broke into the local police station and stole all the toilets and urinals, leaving no clues. A spokesperson was quoted as saying, "We have absolutely nothing to go on."

8. A famous Viking explorer returned home from a voyage and found his name missing from the town register. His wife insisted on complaining to the local civic official who apologized profusely saying, "I must have taken Leif off my census."

10. A sceptical anthropologist was cataloguing South American folk remedies with the assistance of a tribal Brujo who indicated that the leaves of a particular fern were a sure cure for any case of constipation. When the anthropologist expressed his doubts, the Brujo looked him in the eye and said, "Let me tell you, with fronds like these, you don't need enemas."

11. Where do lawyers live? In legal pads!

12. Why did the butcher make his sausages with meat at one end and corn meal at the other? Because in hard economic times, it's difficult to make both ends meat!

13. What do dentists like most about amusement parks? Molar coasters!

14. If you're going to attack a circus - you should go straight for the juggler!

15. My hamster died! He fell asleep at the wheel.

17. What do "little people" use to communicate with each other? - Microphones.

There was once a great czar in Russia named Rudolph the Red. He stood looking out the windows of his palace one day while his wife, the Czarina Katerina, sat nearby knitting. He turned to her and said, "Look my dear, it has begun to rain!" Without even looking up from her knitting she replied, "It's too cold to rain. It must be sleeting." The Czar shook his head and said, "I am the Czar of all the Russians, and Rudolph the Red knows rain, dear!"

Keep Up When I Add More Puny Puns

Send me your first name and an email address and I'll send you a notice any time I add some fun to this site. (See the box below.)

Two antennas met on a roof, fell in love and got married. The ceremony wasn't much, but the reception was excellent!

Two peanuts walk into a bar, and one was a salted.

A dyslexic man walked into a bra.

A man woke up in a hospital after a serious accident. He shouted, "Doctor, doctor, I can't feel my legs! "The doctor replied, "I know, I amputated your arms!"

(I'm not sure these are technically punny puns but my Groaners page is quite full, so I thought I'd add these here!)

The Yoko club?
Oh no.

The German philosophy club?
I. Kant.

The Ford-Nixon club?
Pardon me?

The Groucho Marx club?
You bet your life.

The procrastinators club?
Maybe next week.

The Self-Esteem Builders club?
No - they probably would not accept me anyway.

The Agoraphobics Society?
Only if they meet at my house.

The Co-Dependence Club?
Can I bring a friend? 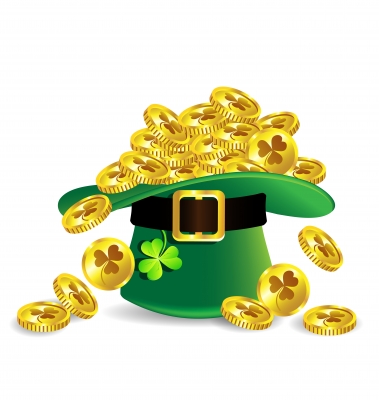 Two Irishmen walk into a pet shop, they walk over to the bird section and Gerry says to Paddy, 'Dat's dem.'
The owner comes over and asks if he can help them.
'Yeah, we'll take four of dem dere little budgies in dat cage up dere,' says Gerry.
The owner puts the budgies in a cardboard box.
Paddy and Gerry pay for the birds, leave the shop and get into Gerry's truck to drive to the top of the Connor Pass.

At the Connor Pass, Gerry looks down at the 1000 foot drop and says, 'Dis looks like a grand place.'
He takes two birds out of the box, puts one on each shoulder and jumps off the cliff.
Paddy watches as the budgies fly off and Gerry falls all the way to the bottom, killing himself stone dead.
Looking down at the remains of his best pal, Paddy shakes his head and says, 'Dis budgie jumping is too dangerous for me!'

Moment's later; Seamus arrives up at Connor Pass.
He's been to the pet shop too and walks up to the edge of the cliff carrying another cardboard box in one hand and a shotgun in the other.

'Hi, Paddy, watch dis,' Seamus says.
He takes a parrot from the box and lets him fly free.
He then throws himself over the edge of the cliff with the gun.
Paddy watches as half way down, Seamus takes the gun and shoots the parrot.
Seamus continues to plummet down and down until he hits the bottom and breaks every bone in his body.
Paddy shakes his head and says, 'And I'm never trying dat parrotshooting either!'

Paddy is just getting over the shock of losing two friends when Sean appears.
He's also been to the pet shop and is carrying a cardboard box out of which he pulls a chicken.
Sean then takes the chicken by its legs and hurls himself off the cliff and disappears down and down until he hits a rock and breaks his spine.

Once more Paddy shakes his head.

'First dere was Gerry with his budgie jumping, den Seamus parrotshooting...And now Sean and his hengliding!'

Send Me Your Puns

Do you have any punny puns you think I should add? If you've got one you think is good, then copy and paste it or type it in the form below and I'll give you YOUR OWN FREE WEB PAGE FOR IT!

You can then send the URL of the page to your friends and relatives and they can comment on your punny pun along with any of the others.

It's FAST and EASY to do and you don't have to join anything!

You likely spent longer reading to this point then you will spend submitting your punny pun! Go ahead, do it now.

Do you have a favorite pun (even if it is a groaner)?

What Other Visitors Have Said

Click below to see comments from other visitors to this page...

Made my own up

It seems Mick Jagger and Keith Richards were killed in a small plane crash. Apparently, a bird had been sucked into the engine causing it to stall and …

If you like this type of humor then try the Groaners Page because Groaners are similar to these punny puns.

Go from this Punny Puns page to my Thinker's Jokes page (which is in cartoon format). If you like these puns then you will probably like the jokes on this page where you have to think a little bit about some of them before you get the humor.)

Check out my funny email messages templates that you can use to create your own funny messages.

Click above to head back to several different kinds of jokes (Much different from Punny Puns!).