Sing Along With The Oldies (Lyrics Included)

OK, get ready to sing along with some rock and roll oldies.

If you've been to this page before and just want to get to the latest song, then click here.

If you're caught up in the Covid-19 pandemic, then you may want to click here to hear my song about it. It's called "Hello Virus" and is based on an old Conway Twitty song called "Hello Darlin'".

If  you're not interested in that, then here are some thoughts on how this page came about.

I've got some time on my hands and hundreds of old songs that I strum on my 12 string and try to sing. I thought I'd challenge myself and see how I might get some of them in some format onto the Internet. That means learning to work with programs (apps) like Roxio, Vimeo, Moovly, Facebook, Twitter, Google, Windows 10 and probably a few others. (They're all an ongoing challenge!)

Over the years I've compiled a book with the words to all these songs (when I'm playing live), so people can sing along if they want. (I know you're not going to be "knocked out" by my voice, so it helps if you can try and drown me out!) So, when I decided to throw these up on the Internet, I also decided to include the words with the songs so that you could do that here as well. (Did I mention that they're in video format?)

So, here's what I think is going to happen. I'll compile these videos using some of my programs and when they're ready, I'll post them on the Social Media sites as well as here (one at a time). If you've signed up for RSS notices already, you'll get notified as they are added. If you haven't done that already, you can do that in the box below. If you're already on my email list, you'll likely get notified through an email when a song is released.

This page will likely change as I progress through this challenge but for now, this will have to do.

In fact, here's a change already: There are so many songs that I've decided to put them in alphabetical order in case you wanted to find a particular song - with 2 exceptions: 1) My latest song will be first on the list. 2) The most requested song will be the second one!

Bonus For People Who Have Known Me... 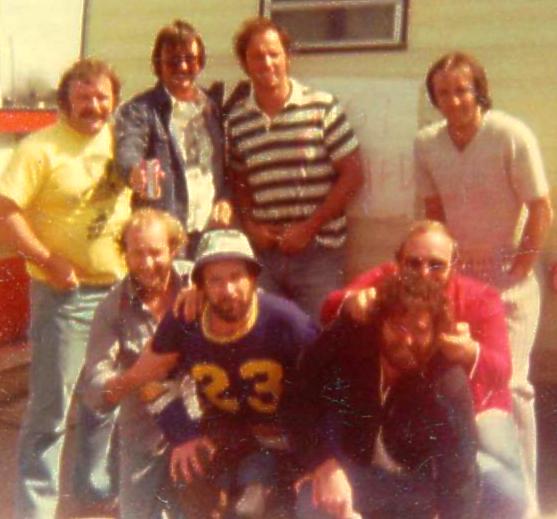 If you have known me in the past, you'll have this bonus while singing along to these songs - the background pictures in the videos will be from my personal collection. So, you may see yourself or someone you know in the video!

Who knows, you could be famous! (Well that might be stretching it a little bit.) But click on the various songs and see if you're there or at least know some of the people involved in the videos.

Bonus For People Who Don't Know Me...

Send me 2 or 3 of your old photos and maybe I'll use them in the next song! Up until now (50 or more songs in) I have used photos from my past. I try and pick a photo that has some relationship to a line in the song. Sometimes it's easy and sometimes it hard and rather vague, but at least to me, most of them work. The problem now is that I find myself using some of the same photos over and over again, so I could use some new material.

That's where you come in.

Pick out 2 or 3 snaps from your past and send them to me through the form below and I'll add them to my collection and maybe you'll find yourself or some of your friends and family in one of my singalong videos. You won't likely become famous, but it might be worth a smile!

Send Me 2 Or 3 Old Snapshots

Send me some of your old photos from the past and maybe I'll be able to include them in my singalong videos.

If you're old fashioned (like me), and don't want to fill in forms, then you can just copy this email address onto an email and attach your photos to it: harleyhead44@gmail.com. Just label the email "Singalong Snaps".

How Do I Pick A Picture?

I pick old rock and roll or country songs usually and because I provide the lyrics, I try and flash up a picture for each line of the song. It's difficult, but I try and make each picture "relate" to the line. So for example, if I was doing Elvis Presley's "Hound Dog", I might pick my friend's dog Emma for the first line - "You ain't nothin' but a hound dog". 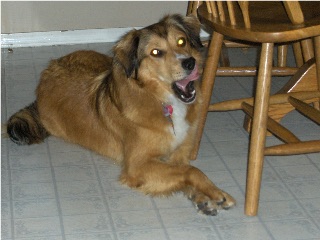 That's her in the picture and obviously she's not a hound dog, but she is a dog, so she gets the gig!

So, if my warped mind can make a connection between your photo and the line in the song I'm doing, then it may appear in one of my songs. It's that simple.

Click the box above to get me the photos.

My Most Requested Song - Little GTO - Ronnie And The Daytonas

The Rest Of The Songs - In Alphabetical Order

A Little Bit Of Soap - The Jarmels

At The Scene - The Dave Clark Five

Bad To The Bone - George Thorogood

Ballad Of John And Yoko - The Beatles

Before The Next Teardrop Falls - Freddie Fender

Blowin' In The Wind - Bob Dylan

Born To Be Wild - Steppenwolf

Bottle Of Wine - Jimmy Gilmore And The Fireballs

Can't You See That She's Mine - Dave Clark Five

Come A Little Bit Closer - Jay And The Americans

Crimson And Clover - Tommy James And The Shondells

Cry To Me - Solomon Burke

Down By The Lazy River - The Osmonds

Drip Drop - Dion And The Belmonts

Want To Know When I Add A Song To This Site?

Send me your first name and an email address and I'll notify you when I add a song or something funny to the site. It's easy. Just use the box below.

Get Together - The Youngbloods

Hooked On A Feeling - B.J. Thomas

I'm Going To Knock On Your Door - Eddie Hodges

Keep Your Hands To Yourself - Georgia Satellites

Let It Be - The Beatles

Let Me Be There - Olivia Newton-John

Let's Have A Party - Wanda Jackson

Love Is A Rose - Linda Ronstadt

Me And Bobby McGee - Kris Kristofferson

Me And You And A Dog Named Blue - Lobo

Move It On Over - George Thorogood

Queen Of The Hop - Bobby Darin

Ruby Baby - Dion And The Belmonts

Slow Down - The Beatles

Something Else - Eddie Cochran

Take It On The Run - REO Speedwagon

The Shape I'm In - The Band

The Story Of My Life - Marty Robbins

The Weight - The Band

The Young Ones - Cliff Richard

These Boots Are Made For Walkin' - Nancy Sinatra

Wasn't That A Party - The Irish Rovers

You Better Move On - Arthur Alexander

You've Got What It Takes - The Dave Clark Five

I'll add the next one soon. Don't forget to sign up above so that you'll know when it's ready. It might be one of your favourites!